I had a lazy morning in the motel room watching the news and drinking coffee. Around 9:30 I went to the front office and asked if anyone could give me a ride to Swift Run Gap. Doug, the maintance guy said he’d take me up.

While I waited for Doug and drank more coffee, I watched the weather which called for flurries tapering off by noon and warmer temps. Good news for me. One more cold night. Just one more cold night then I’d be in the clear.

I hopped in Doug’s truck after slinging my pack in the back. Doug looks kind of like a surfer version of Iggy Pop. He talked nonstop about the motel with a cigarette hanging out of his mouth. At the trailhead I thanked him for his time and he told me, “you have fun out there honey, and be careful.”

With a wave and a smile I headed over to the trail and began the climb up Hightop mountain. I got nice and warmed up and in an hour the flurries stopped like clockwork and it was a misty 11 mile hike here to the Hut. I really wanted to keep hiking but I know that tomorrow I’ll be tenting so I thought I’d take advantage of the shelter. There’s a nice spring that runs right in front and a couple of other hikers are here; Dave, a section hiker from Colorado, and Shoemaker, a NOBO from New Hampshire. Nice guys. It’s nice having company in the evening.

Tomorrow I’ll do about 17 or so miles, which will be really nice. I am so ready to kick it up a notch. 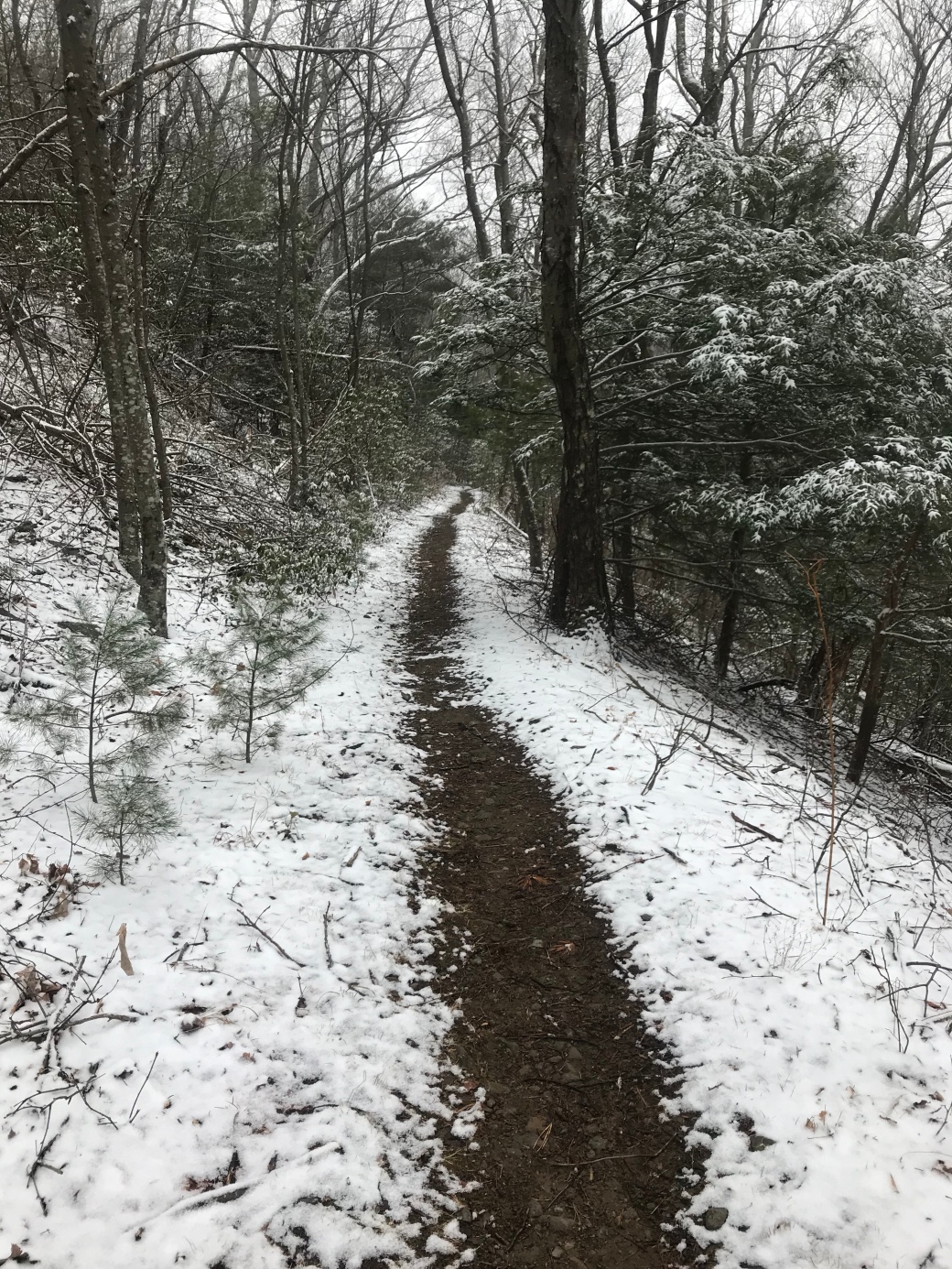 I cannot say how good the sun and warmth feels. Extraordinary.

This morning at 5am when I got up to pee I could see the stars. Much of the snow melted overnight. I was instantly happy and wide awake. I got my food bag down from the bear pole and went into the shelter to make my trail mocha. But then I decided to get into my sleeping bag and try to go back to sleep but that was not happening. I often have this quandary. But usually, once I am awake that’s it, I’m starting my day. Lately I’ve been on trail by 6:30 which is good.

I made my mocha and sat in my sleeping bag drinking it, watching the sky slowly grow lighter. Around quarter six I started getting organized and by that time Dave, the section hiker who was also sleeping in the shelter was awake. I munched down on a Probar and was soon hefting my pack up and grabbing my trekking poles. I hiked up and up, getting to a viewpoint looking east. There was still much snow on the trees and everything looked so wintery. Gorgeous. I took some photos and wrote off a few texts and then I was on my way. I reached the Loft Mt. campground looking for water but the faucets were still off. A few miles later I tried the faucets at a picnic area and bingo! I got rid of some garbage in the garbage cans and used the bathroom, just because it was there.

I ran into some Flip Floppers, hikers who start their thru hike somewhere near the middle of the trail, hike one direction, reach a terminus and then return to where they started to hike to the other terminus. Most Flip Floppers I meet are hiking north. Still haven’t met any SOBOs. I’m a lone wolf.

Speaking of wolves I am about two thirds finished with Women Who Run With the Wolves by Clarissa Pinkola Estes. I’ve been meaning to read this book for years and years, and when I went into the local bookstore in Ukiah before leaving for the trail it was part of a women’s history month display. I took it as a sign and bought it, and I’m so glad I did.

I’m lying in my tent looking at the blue sky. It’s going to be cold tonight, around 28, but that’s ok. Tomorrow is a town day! Yay! 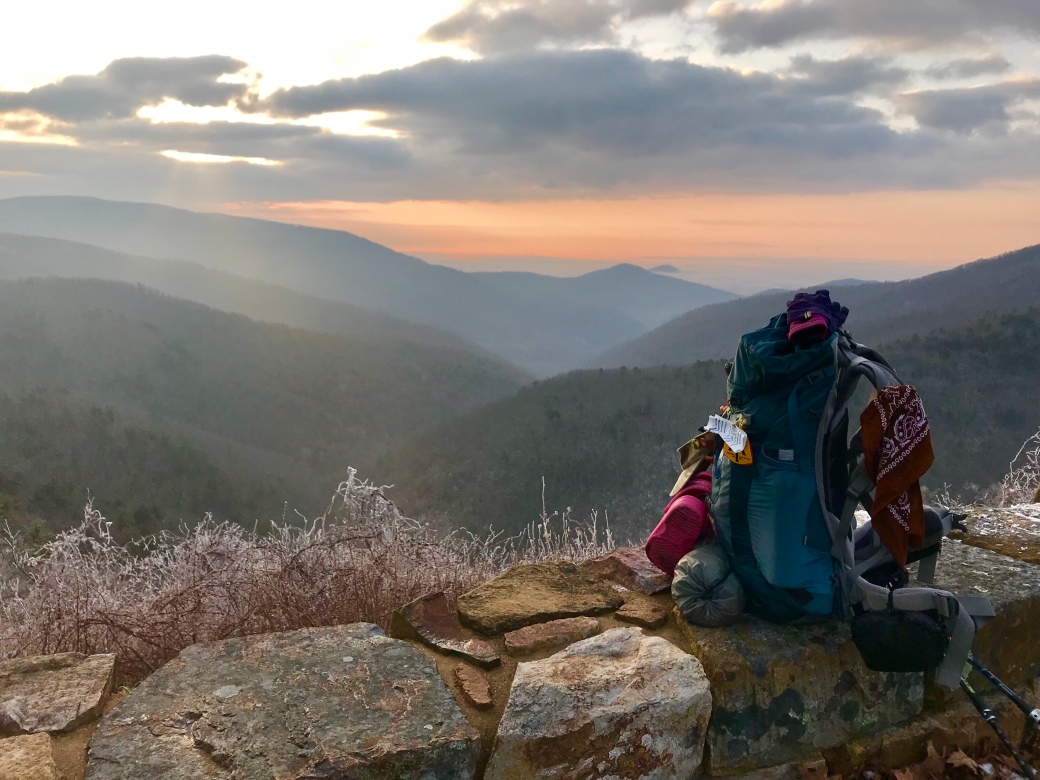 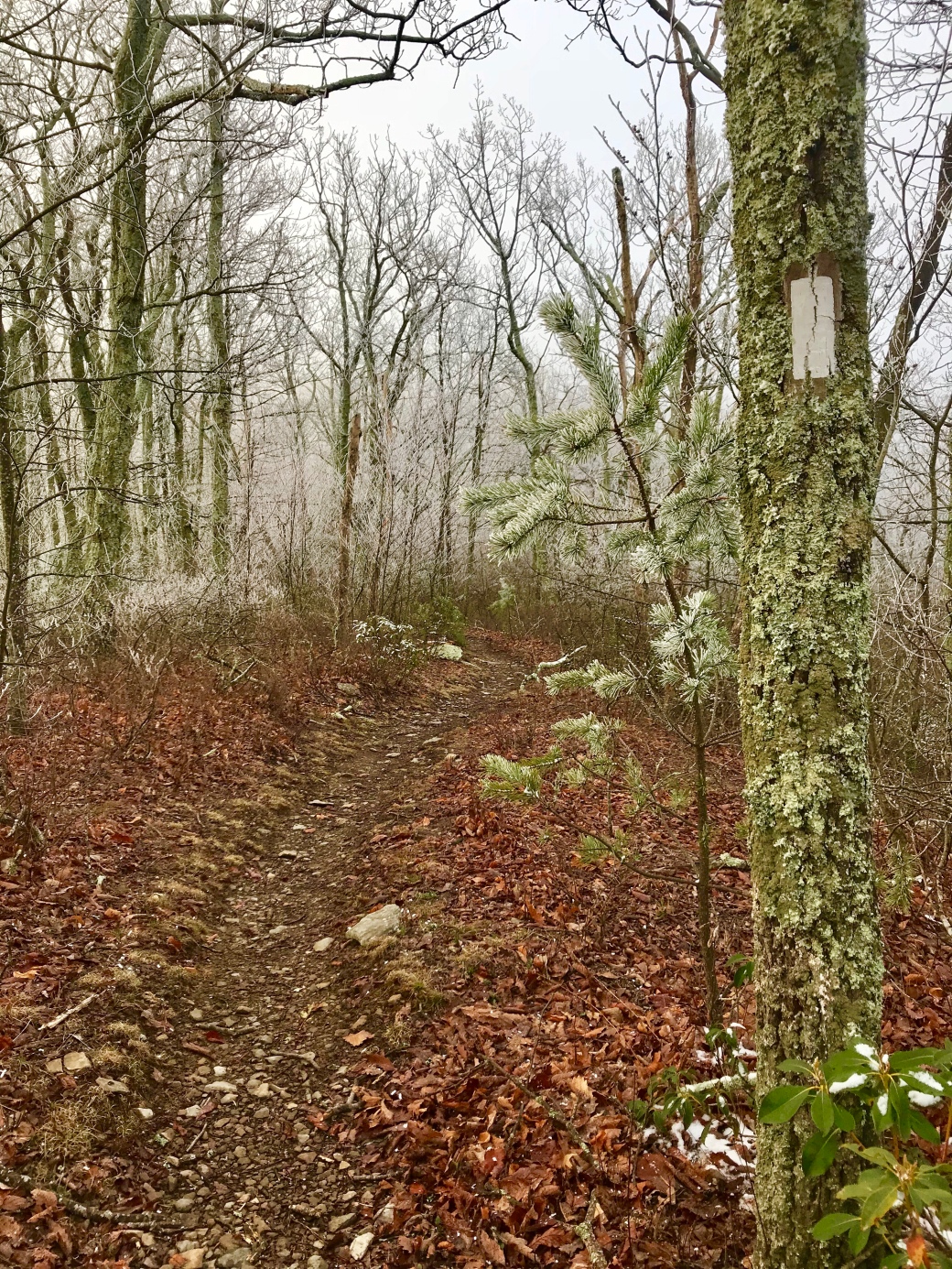 I wasn’t planning on staying in a hostel so soon after getting a motel room but I heard so many good things about Stanimal (that’s his trail name) and this place that I decided to give it a go. It’s a block or two from everything a hiker needs; resupply, ice cream shop, Subway, and a steak house. I got a Subway sandwich to pack out on the trail tomorrow and I’m very excited about that.

Last night something was walking around in the leaves near my tent, and at one point it came up to my tent and growled. It wasn’t a bear so I’m not sure what it was. Too small to be a bear. I was perfectly still in my sleeping bag and after about 5 minutes I decided that since it didn’t attack, then I’m probably going to be fine. So I put in my earplugs and woke myself up at 5 am snoring and drooling on my inflatable pillow. As I was taking down my tent I heard a rustle in the leaves and the same growl and I said, “Ok, I get it, I’m leaving!” The growling stopped.

I still can’t figure out what kind of animal it was. Hmmmm.

I hiked 16.2 miles to Rockfish Gap in about 7 hours where Stanimal said he’d pick me up. I was a bit early so I headed over to the gourmet popcorn stand and got a hot dog with fries and Gatorade. They forgot my fries and to make up for it they made me a huge box of fries. Good by me! Whenever I get right off trail and eat I am always very self conscious because I kind of stuff my face. Fortunately there were not too many people around so I devoured that food in minutes flat.

Stanimal picked me up and we drove to the hostel here in Waynesboro and he showed me around. I claimed a little bunk in a tiny room with a window and put on loaner clothes while I washed my hiker clothes. I did my resupply and got sandwiches. And ice cream. Then a shower. Laundry is done. Now I can relax and get to bed early.

I’ll be out for 4 days to get to he next stop, Glasgow. On Friday I’ll climb a notorious mountain, The Priest, which I’m kind of excited about. I do love a big climb. Did I say that?

Another stellar day on the Appalachian Trail. 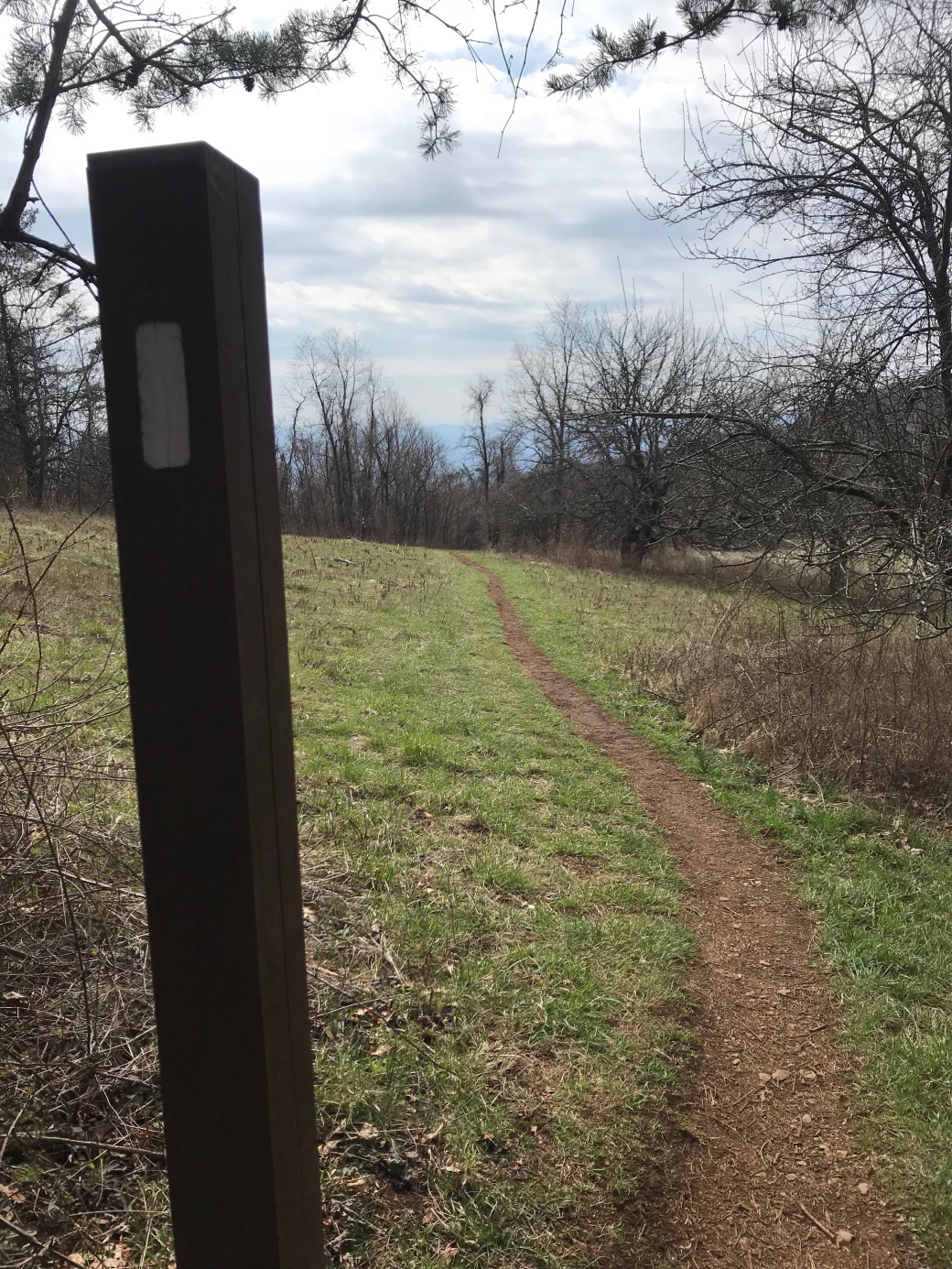